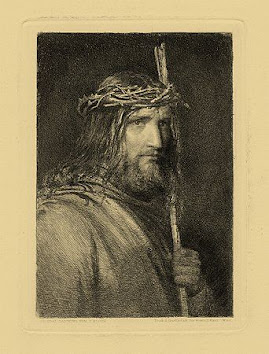 Parts of the Gospel for this third Sunday in Advent, Gaudete Sunday, will no doubt be familiar to many, since it is drawn from the first chapter of John’s Gospel, of which the first fourteen verses are used as the Last Gospel at the end of Mass. It is in this Gospel that we hear the powerful, resonating words of St. John the Baptist, “I am the voice of one crying out in the wilderness, make straight the way of the Lord, as said the prophet Isaias.”

The Baptist’s words are of course the very theme for Advent, a time of making straight the way for the coming of the Christ child in a few weeks time. It can be read in another light also, with reference not just to the short time of Advent, but in light of the longer journey of the spiritual life and the ultimate goal of heaven. St. John’s words point to the matter of which way it is that Catholics are called to walk along, namely the straight way, the narrow way.

Both in Advent and in the spiritual life generally, we are called to walk along the way less trodden, less seen and often even scorned. It is a way described in St. Matthew’s Gospel as narrow, in contrast to the way which so many choose to follow, which is wide and easy, yet leading to destruction. “Enter ye in at the narrow gate: for wide is the gate, and broad is the way that leadeth to destruction, and many there are who go in thereat. How narrow is the gate, and strait is the way that leadeth to life: and few there are that find it!” (Matt 7:13)

It is by the very nature of our dignity and calling that we must walk along the narrow path, no matter now tempting and easy the other may appear. St. John’s Gospel records that the children of God are set apart from their own attachment and will, and marked by a filial relation with God. “Who are born, not of blood, nor of the will of the flesh, nor of the will of man, but of God.” From Him we have received life and grace, and to Him we must return, by walking along the path of virtue. For just as from grace is given from Him to His children, we His children must offer to Him our very best, as we seek to follow Him in the straight path, which ultimately leads to the cross.

“And of his fulness we all have received, and grace for grace. For the law was given by Moses; grace and truth came by Jesus Christ.” Grace and truth - the way to eternal life, which is given to us by Truth Himself. Preaching on this Gospel, St. Alphonsus Ligouri outlines the ways in which one might properly avail of the grace which Christ bestows, and how best to follow Him along the straight and narrow path. He outlines three key aspects in the process, diffidence in ourselves; secondly, confidence in God; thirdly, resistance to temptations.

Diffidence in ourselves, or having a healthy mistrust in self, is a way by which one relinquishes the hold which his self-will has upon himself, and places his future in the hands of God. Christ Himself tells us that “without me you can do nothing.” (John 15:5) But He also gives us hope, by teaching that whilst on our own we can nothing, with Him we can achieve the highest goal and draw close to God. “If you abide in me, and my words abide in you, you shall ask whatever you will, and it shall be done unto you.” Ligouri warns that he who trusts himself instead of God, is truly “miserable.”

In contrast, our saint writes that a healthy mis-trust of self is a safeguard against sin. “He who is afraid of falling distrusts his own strength, avoids as much as possible all dangerous occasions, and recommends himself often to God, and thus preserves his soul from sin.” This theme is developed by the spiritual writers, who advise that a healthy knowledge of self is vital in the spiritual life. It is the crucial glance in the mirror which informs us that we are not fit to do battle with the devil by ourselves. St. Thérèse writes that “only God can see what is in the bottom of our hearts; we are half-blind”. Knowledge of self is in fact a requirement for perfection; Abbé Tanquerey teaches that “if we lack self-knowledge, it is morally impossible to perfect ourselves”.

Moving next to our having confidence in God, which is a necessary consequence of mistrusting ourselves, St. Alphonsus encourages us that there is no sin which is too great for God to forgive, if we come before Him, humble and contrite. “If the Devil tells you that but little hope remains of your eternal salvation, answer him in the words of the Scripture: ‘No one hath hoped in the Lord, and hath been confounded.’ (Eccl. 2:11) No sinner has ever trusted in God, and has been lost. Make, then, a firm purpose to sin no more; abandon yourselves into the arms of the divine goodness; and rest assured that God will have mercy on you, and save you from Hell.”

Indeed, Christ’s death on the cross calls us to have confidence in Him: though His death He conquered death, and is there any transgression which He cannot forgive, having already paid the price for sin? No matter the terror in which we are placed, or the sins which we have committed, Ligouri commends us to have confidence in God, who cannot leave His children abandoned.

The third step in following the straight way of the path of grace, is having resistance to temptations. It is of course such a basic and fundamental step in the spiritual life, yet St. Alphonsus wishes to draw particular attention to it in order that one might fully now the manner in which to respond to the trials of temptations. Our Lord always assists us in our temptations when we have recourse to Him, but sometimes, Ligouri notes, He wishes that we do much more than normal in order to prevent succumbing to the temptation. “On such occasions, it will not be enough to have recourse to God once or twice; it will be necessary to multiply prayers, and frequently to prostrate ourselves and send up our sighs before the image of the Blessed Virgin and the crucifix, crying out with tears: Mary, my mother, assist me; Jesus, my Saviour, save me, for thy mercy‟s sake do not abandon me, do not permit me to lose thee.”

Straight and narrow is the path to heaven, full of struggle and conquest of self, and temptations are often so appealing precisely because they lead away from the struggle which is necessary in order to remain on the right path. Ligouri cautions against falling onto the easy path, because its enticing features contain no reward. “Some would wish to be saved and to become saints, but never resolve to adopt the means of salvation, such as meditation, the frequentation of the sacraments, detachment from creatures; or, if they adopt these means, they soon give them up. In a word, they are satisfied with fruitless desires, and thus continue to live in enmity with God, or at least in tepidity, which in the end leads them to the loss of God. Thus in them are verified the words of the Holy Ghost, ‘desires kill the slothful’.”

The great saint closes his exhortation with a final counsel, prompting his flock to persevere always in the pursuit of sanctity. Whether it is in the short period of Advent, or in the longer pursuit of the spiritual life in one’s life generally, he urges souls desirous of sanctity to remain always on the path that is straight and narrow. “If, then, we wish to save our souls, and to become saints, we must make a strong resolution not only in general to give ourselves to God, but also in particular to adopt the proper means, and never to abandon them after having once taken them up. Hence we must never cease to pray to Jesus Christ, and to His holy Mother for holy perseverance.”