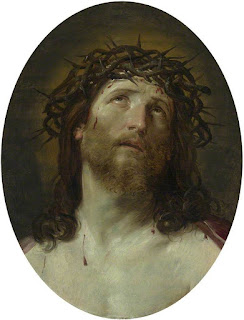 This Sunday’s post is a deviation from the norm, however I make no apologies for temporarily abandoning the customary style of this site, in favour of something particularly poignant.

At present, President Trump fights against the powers of both deep state and deep church combined, who are desperately trying to wrestle the White House out of his hands. His win in 2016 taught the architects of evil a lesson which they were determined not to have repeated.

Hence, the country that is hailed of the land of the free is now in the midst of the most fraudulent election in its history. More and more evidence appears with every hour, documenting the manner in which votes have been illegally, deceitfully, or falsely cast for Biden, whilst those for Trump have often been discarded.

For the past number of months, Archbishop Carlo Maria Vigano has been issuing letters, both to President Trump and to Catholics across the world, warning of the terrible consequences of a Biden presidency. Only last month, the Archbishop wrote these words: “If Trump loses the presidential elections, the final kathèkon [withholder] will fail (2 Thess 2:6-7), that which prevents the “mystery of iniquity” from revealing itself, and the dictatorship of the New World Order, which has already won Bergoglio over to its cause, will have an ally in the new American President.”

Archbishop Vigano makes no pretence about the horrors of the situation which the entire world would be plunged into - he speaks the truth with utmost clarity, for all those who wish to see: “We would find ourselves facing an Orwellian dictatorship desired by both the “Deep State” and the “Deep Church,” in which the rights that today are considered fundamental and inalienable would be trampled with the complicity of mainstream media.”

This election is not something which can be ignored by Catholics: it is an election between the most pro-life president America has seen, and a man who wishes to support abortion right up to birth and beyond. Biden’s actions would promulgate a crime so heinous, that the very earth would cry out to God for His justice to come and swiftly end the abomination.

This is the battle which now rages in the United States of America, a battle between life and death, both physical and spiritual.

On the traditional feast of Christ the King, Vigano once more took pen in hand to warn the world just what was at stake in the upcoming U.S presidential election. He warned of the Great Reset, a termed scorned by many as being a conspiracy theory, yet which is now being promoted in the public sphere: “Its architect is a global élite that wants to subdue all of humanity, imposing coercive measures with which to drastically limit individual freedoms and those of entire populations. In several nations this plan has already been approved and financed; in others it is still in an early stage. Behind the world leaders who are the accomplices and executors of this infernal project, there are unscrupulous characters who finance the World Economic Forum and Event 201, promoting their agenda.”

He issued a warning particularly for those who wish to scornfully ignore such words as hyped-up exaggerations: “Until a few months ago, it was easy to smear as “conspiracy theorists” those who denounced these terrible plans, which we now see being carried out down to the smallest detail. No one, up until last February, would ever have thought that, in all of our cities, citizens would be arrested simply for wanting to walk down the street, to breathe, to want to keep their business open, to want to go to church on Sunday. Yet now it is happening all over the world, even in picture-postcard Italy that many Americans consider to be a small enchanted country, with its ancient monuments, its churches, its charming cities, its characteristic villages.”

The Archbishop noted that it was America which was “the defending wall against which the war declared by the advocates of globalism has been unleashed.”

It is for this reason that the forces of evil, personified by the deep state and deep church, have concentrated their efforts so majorly upon America and this 2020 election. They could not, and would not accept defeat by Trump once more, and so for this reason took measures to ensure that the votes would make certain of his defeat.

Now, Archbishop Vigano has written once more, when darkness seems to be closing in on the world and Biden is pre-emptively hailed as president by the liberal elites. I urge all readers to take a few minutes to read the Archbishop’s short letter in full, as it contains both a call to arms and a sign of hope in the face of almost overwhelming evil.

A downloadable version can be found here or it can be read online on LifeSiteNews.

I shall focus on one paragraph only, leaving readers to study the letter in full for themselves.

This section needs special attention in these days, because whilst the forces of evil may try to conquer all before them, they can never succeed if Catholics stay close to the practice of the true faith, and keep hope in God. Once we lose hope, then we have abandoned ourselves to the folly and despair of the world.

“Do not allow yourselves to be discouraged by the deceptions of the Enemy, even more so in this terrible hour in which the impudence of lying and fraud dares to challenge Heaven. Our adversaries’ hours are numbered if you will pray, if we will all pray with Faith and with the true ardor of Charity. May the Lord grant that one single devout and faithful voice rise from your homes, your churches, and your streets! This voice will not remain unheard, because it will be the voice of a people that cries out, in the moment when the storm rages most fiercely, “Save us, Lord, we are perishing!” (Mt 8:25).”