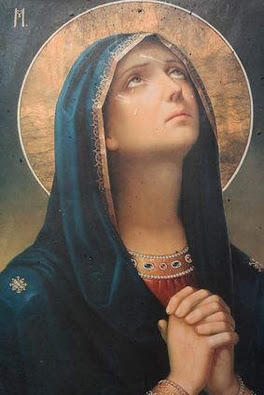 This Sunday marks the end of the Church’s liturgical year, with the commencement of Advent next Sunday. The secular world hails the turn of the calendar year at the end of December with much noise and excitement and even resolutions. When the festivities have died down, however, these same resolutions appear often too onerous to maintain, and the year quickly becomes akin to the one before, with the same pitfalls as have happened previously.

Yet with Catholics, this can not be so. The close of one liturgical year and the imminent commencement of another, ought to be a period for deep reflection, particularly in light of the upheaval which has occurred in the recent months.

For the last Sunday before Advent marks the passage of yet another year, a year  which is replaced by another in which we are  called to become more fervent in the path of perfection and more devoted to the practice of the spiritual life. But, one might easily say, how can we? Where is the time for such a thing, when the world is in a state of disorder, when governments encroach on the rights of the Church, when tyranny and fear are spread so swiftly and so easily? How am I supposed to make any progress in sanctity during this year, when surrounded by such chaos?

The objections certainly carry weight, at least on an initial examination. For who can really claim that they have remained wholly unaffected by state of the world, and simply advanced steadily in the spiritual life? However, St. Louis-Marie de Montfort notes that it is in fact these very times, that one can make the best advances in sanctity.

Yes indeed, it is not just essential that one does so in these times of trial, but indeed they are most suited to making such advances in the spiritual life. St. Louis-Marie mentions in his Letter to the Friends of the Cross: “Pleasure seekers unite to enjoy themselves; you must be united to suffer.”

In the words of the great Marian saint, we are called to suffer. The Church, the Bride of Christ is enduring a persecution both from within and without. So also are Her members, whose faith is tried by false teaching and wayward shepherds, but also through the as yet un-bloody persecution which is made upon freedom, dignity, natural rights, family life, and even normal existence. All these circumstances can and must be, the catalyst for an increase in the spiritual life of faithful Catholics.

Thus, in making this spiritual resolution for the new liturgical year, one must turn to the Gospel text to understand the importance of such an action.

Holy Mother Church places before Her children a passage from St. Matthew’s Gospel, which serves as a perfect encouragement to renew our efforts in the spiritual life at the start of the new year.

“But he that shall persevere to the end, he shall be saved. And this gospel of the kingdom, shall be preached in the whole world, for a testimony to all nations, and then shall the consummation come. When therefore you shall see the abomination of desolation, which was spoken of by Daniel the prophet, standing in the holy place: he that readeth let him understand.”

Perseverance, even until the end! This is the command of Christ in the face of the terrible destruction which is described in the rest of the Gospel.

Perseverance - even when “they that are in Judea, let them flee to the mountains: And he that is on the housetop, let him not come down to take any thing out of his house: And he that is in the field, let him not go back to take his coat. And woe to them that are with child, and that give suck in those days. But pray that your flight be not in the winter, or on the sabbath.”

Perseverance and adherence to the Cross, even when “great tribulation, such as hath not been from the beginning of the world until now, neither shall be” shall engulf us.

Perseverance, even in a time when “unless those days had been shortened, no flesh should be saved: but for the sake of the elect those days shall be shortened.”

These lines of Sacred Scripture convey a terrifying, and dreadful image. It is an image of utter ruination, of greatest tumult and upheaval. Indeed, we do not have to look far into our imaginations, to envisage such scenes, as they appear all too readily to be occurring before our eyes. But this Gospel is most deliberately placed on this Sunday, so that we might meditate on the dreadful prospect which Christ speaks of, and so properly form ourselves in readiness for the year ahead.

St. Louis-Marie writes of this, saying that “a perfect Friend of the Cross is a true Christ-bearer, or rather another Christ, so that he can truly say, I live now not with my own life but with the life of Christ who lives in me.”

“Do you listen to the voice of Jesus who, burdened with his Cross, calls out to you, ‘Come after me; anyone who follows me will not be walking in the dark; be brave; I have conquered the world,” writes the saint.

But coupled with this holy perseverance, must be something else, which sustains one through the trials which are visibly before him. Catholics must possess the virtue of hope.

For hope enkindles the fire within, enabling a person to hold fast to the path of virtue, so as still to be termed a friend of the cross.

Hope gives life and meaning to perseverance, so that emboldened by hope, Catholics will truly be able to persevere until the end and so be saved.

Indeed, even in the midst of persecutions, bloody or un-bloody, as long as we have hope, then all is not lost. For hope points back towards God and directs us to the true goal of all. It is the means by which the Cross seems light and sweet, for hope enables us to see past the pain of the cross to the glory beyond.

When the world might be on the cusp of self-destruction, tyrants rising in every nation, Catholics persecuted for refusing vaccines made at the cost of innocent baby’s lives - hope must enliven our courage. For at these times, the servants of satan will seem to have won the victory and yet even so be confounded by the hope and perseverance displayed by faithful children of the Church.

No matter what the persecution which will be placed upon us in the near and distant future, hope shall carry us along the royal road of the cross, to eventually reach the glorious sight of the Beatific Vision.

This then is a resolution which is incomparable - a resolution of perseverance and hope, even in the face of the most abject depravities and worldwide laws which are designed specifically to destroy one’s hope. With every new restriction, every unjust, illogical and illegal law, turning nations into  prison camps, so long as we have hope and perseverance, the slaves of satan shall never win.

To Christ belongs the victory and it is a victory already won! Through His Immaculate Mother Mary we come before Him, placing ourselves in their hands, and allowing the Redeemer and the Co-Redemptrix to lead us along the royal road of the cross, until finally we approach their heavenly thrones.