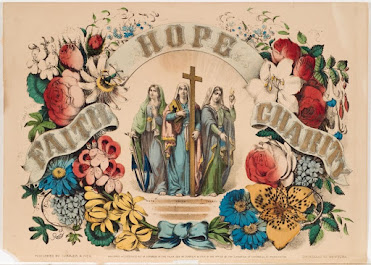 Faith is the secret weapon which Catholics have in their arsenal, but so often forget to use. The virtue of faith is shown to be a key aspect in today’s Gospel, in which Christ sees the eminent faith of the centurion, who comes pleading for a cure for his servant. “And Jesus hearing this, marvelled; and said to them that followed him: Amen I say to you, I have not found so great faith in Israel.”

Despite many outward pious practices, demonstrative of faith and indeed hope, it is all too easy to find oneself losing faith, especially in times such as the present. With the onslaught of demoralising news, both political and ecclesial, coupled with the evident manner in which the world is ever swiftly turning away from God, the practice of faith in God, combined with a lively hope and ardent charity, is critical.

This attack upon the virtues, is perhaps one of the greatest victories of the devil, because it was precisely these virtues which moved the many thousands of martyrs throughout the centuries. Due to their lively faith in God, and firm hope of attaining salvation, they were able to face whatever actions their persecutors made against them. But without the practice of these virtues, the modern world will face no opposition from Catholics, because at the moment when we are called upon to make a stand, the lack of faith, hope and charity will manifest itself, and the spirit of the martyrs will be no more.

What then is faith? Fr. John Laux describes it thus: “Catholic faith is a virtue infused by the Holy Ghost into our souls at Baptism, by which we believe, firmly and without hesitation, all that God has revealed and through the Church proposes for our belief.” Faith carries a soul through times of difficulty, so that even if the world attacks his beliefs, he is able to cling to the tenets of the faith, precisely because they are revealed by God, who can neither deceive nor be deceived.

“This is the victory which overcometh the world, our faith.” (1 John 5:4) Faith is that by which one is “ready to make any sacrifice, even that of life itself,” writes Fr. Laux. The virtue is more poignant today than ever before, (if one can say such a thing), since most of the world places its ‘faith’ in earthly, temporal, fleeting objects, such as money, wealth, fame and the like. The object of faith for those of the world is thus completely opposed to that which Catholics hold, for as St. Thomas Aquinas notes, “Accordingly if we consider, in faith, the formal aspect of the object, it is nothing else than the First Truth.” Aquinas also teaches that faith is the first virtue by its very nature, preceding all the other virtues.

If faith is thus rooted in God, and is that which overcomes the trials and temptations of the world, it is only right that more attention should be given to the virtue in these times. The good centurion had such faith that Christ could and would cure his servant, that he asked Christ only say the word, and the servant would be healed. “Lord, I am not worthy that thou shouldst enter under my roof: but only say the word, and my servant shall be healed.” This is surely the faith which is able to move mountains, even though it be the size of a mustard seed.

Fr. Laux writes that faith “is God’s choicest gift to man and man’s most valuable possession.” It is the “pearl of great price,” and as such we are duty bound, by nature of the gift of faith and our baptism, to ensure that it is ever protected from harm.

Faith is accompanied by the virtue of hope, for through hope we have the desire to attain God, who is the highest good, and the confidence that we can do so with His grace. “Hope is the supernatural gift of God by which we trust that God will give us, through the merits of Jesus Christ, eternal life and all the help necessary to obtain it.” Hope enlivens faith, giving the faithful soul the confidence that God does not test him more than he is given the graces to bear. “What we know by Faith becomes by Hope the object of all our aspirations and all our striving.”

As such, it is “absolutely necessary for our salvation,” along with faith. It must be living, firm and accompanied by a holy fear and holy distrust of self. That is to say, that a living hope influences one’s entire life, so that such a soul is constantly striving to attain that which he knows by faith.

Finally, hope must be accompanied by “holy fear and a wholesome distrust of ourselves.” This is not to imply some disordered hatred of self, in the manner of the world, but rather a humble acknowledgement of human failings, and a realisation that hope must be centred in God alone. “He that thinketh himself to stand, let him take heed lest he fall.” (1 Cor 10:12) Once more, this concept is one which is so alien to the world, since self is promoted instead of God, and therefore a healthy, holy distrust of self is never properly understood.

What of charity though, for a discussion of faith and hope is not complete without the third theological virtue. Charity is that which virtue by which “we love God above all things for His own sake and all things for God’s sake.” It naturally accompanies faith and hope and is described as the Queen of the virtues. Charity is the ‘finishing touch’ needed at the hour of martyrdom, for a martyr might have a firm faith, and a lively hope, but if he does not have charity, what will move him to endure the sufferings for God’s sake?

Charity is no simple warmth of feeling for the Divine, which could ebb and flow on any particular day. Rather it is described as “a love of preference,” residing in the will “which deliberately prefers God before all things, and is ready to sacrifice all rather than offend Him mortally.”

“And Jesus hearing this, marvelled; and said to them that followed him: Amen I say to you, I have not found so great faith in Israel. And I say to you that many shall come from the east and the west, and shall sit down with Abraham, and Isaac, and Jacob in the kingdom of heaven: But the children of the kingdom shall be cast out into the exterior darkness: there shall be weeping and gnashing of teeth. And Jesus said to the centurion: Go, and as thou hast believed, so be it done to thee. And the servant was healed at the same hour.”

Faith, then, is the virtue which sustains a soul through trials and torments, by which he accepts and believes the truths of God. With hope also, a soul is able to keep his sights fixed on the heavenly prize, undaunted by that which might assail him. Finally, charity provides the life-spring of the spiritual life, filling one with a desire for God above all, which moves him to aim hopefully for heaven, which he firmly believes in through faith.