Fourteenth Sunday after Pentecost: Agents of chaos and the choice of two masters. 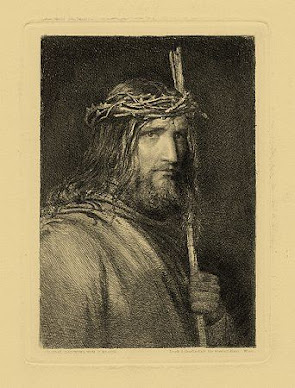 “No man serve two masters; for either he will hate the one and love the other, or else he will stand by the one and despise the other. You cannot serve God and mammon.” The serving of two masters is no modern phenomena, as the text of today’s Gospel proves. Christ’s warning about this is now almost two millennia old, and yet it continues to be a warning still as unheeded today as it was during the time He walked on earth. In recent times, the warning has been watered down in its application, so that the catechesis which is now given on the passage bears little to no correlation to the import it had in days of greater adherence to tradition.

How can such a claim be made? Sadly, the claim is not a wild one by any means, but borne out of simple observation of the Church, and some of Her members, in the last number of decades. The spirit of revolution promoted at Vatican II, pioneered by enemies of the faith and spread by many thereafter, either wilfully or unwittingly, is precisely that which Christ warns against in this Gospel passage.

In the face of a world in crisis, moral decline, and the rise of multitudinous religious beliefs, agents of change within the Church have managed to propose the agenda of dialogue, of accompaniment, and agiornamento. They have steered the Church away from the firm, uncompromising proclamation of the faith of ages, the faith entrusted to Her by Christ, and into a murky path of “encounter.” Doctrine has been deemed too harsh and supposedly with the potential for preventing converts, and so the Catholic faith has been rapidly diluted by those opposed to it, all in the name of bringing others to God.

One such example is of the fifty bishops, who petitioned that the Second Vatican Council proclaim Mary as Co-Redemptrix, only to be told that this would not happen. Despite such a title being consistently taught by the Church, the agents of the Council decreed that proclaiming Mary to be Co-Redemptrix could “be understood with difficulty by separated brethren.” These men were thus forcing the Church into that impossible scenario of seeming to serve both God and the world.

Numerous academic accounts have recorded the manner in which these agents of chaos ruptured the continuity of the faith during that time, building upon the centuries-old groundwork which began with the Protestant revolt.

Indeed, the spirit which has spread throughout the Church in the wake of Vatican II has been precisely that which is condemned in the Gospel for the 14th Sunday after Pentecost. The modernists purport to serve two masters simultaneously: God, and – due to the endless compromises made with it – the world. Yet, the proponents of this error hold that such a process is really for the good of the Church, for the furthering of the Catholic faith and the union of all.

The process of “dialogue” is so that “all may be one” they say, appealing to Scripture. How often is that phrase used, “that all may be one” in order to defend the ecumenical efforts made by the modern Church, which serve only to undermine the pure faith of ages, by making concessions to other and false religions.

These agents of chaos, in almost satanic manner, corrupt the words of Sacred Scripture to support their own anti-Catholic aims, for the passage which they quote, is not complete. John 17:21, from which their phrase is drawn, does not describe some undefined union, but rather a union of all in God, in the union of the Holy Trinity, something which can only be found by the proclamation of the fullness of the faith in the Catholic Church. This, of course, is not something which the agents of chaos – the modernists – will mention, for they are determined in their public pursuit of defying the words of Christ and attempting to pursue two masters.

However, Christ also teaches thus: “He that is not with me, is against me: and he that gathereth not with me, scattereth.” (Matthew 12:30) The enemies of Tradition and of the faith are well aware of their true purpose, which is not to eventually bring souls to God, but rather to drive souls away from Him. While their actions appear to be in defiance of the principle that one cannot serve two masters, in reality such actions are a clear example of how true Christ’s words are, for the agents of chaos serve ultimately only one master – he who was driven out of the heavenly kingdom by St. Michael and a host of angels.

“No man serve two masters; for either he will hate the one and love the other, or else he will stand by the one and despise the other. You cannot serve God and mammon.” Such men have chosen the path of hatred of Christ, and love of sin, of standing by death and not by Life. These souls, found disturbingly often amongst the ranks of the clergy, have sought first the joys of the world, the promises of riches, the allurement of power, the temptation of laxity, and rejected the invitation of Christ to “seek first the Kingdom of God and His justice.”

The Church of modernity, the “deep church” driven by these satanic agents of chaos, promotes a life of ease, without moral absolutes, without dogmatic principles, without pursuing the life of grace. It promotes “heresy, sodomy, and corruption,” those sins which are borne out of a complete rejection of the call to the Cross, and which flow from a focus on oneself and earthly pleasures.

How then ought the Church to respond, and how is it that faithful souls are to continue in the face of such attack on God, His Church and His Word, even by those who profess to be the guardians of the faith?

The answer is to follow the teachings of Christ, as exemplified by His saints throughout the ages, and to reject the advances made by the agents of chaos in the name of “dialogue…accompaniment…encounter…growth.”

After issuing his warning against the serving of two masters, Christ lays out the path which faithful souls are to take: “Therefore I say to you, do not be anxious for your life, what you shall eat; nor yet for your body, what you shall put on. Is not the life a greater thing than the food, and the body than the clothing?”

The world, the modern clerics and even the church of modernity, mocks souls who heed these words of Christ. They ridicule those who choose one Master only. Yet there is only one simple choice which can be made after reading the Scriptural passages: serve God wholeheartedly, or serve oneself and the devil wholeheartedly.

A life given completely to the service of God, the master who sent His only Son to earth to die for our sins, is one which has the support not of fallible men or of lying demons, but of the Almighty, all-good God Himself: “Consider how the lilies of the field grow; they neither toil nor spin, yet I say to you that not even Solomon in all his glory was arrayed like one of those. But if God so clothes the grass of the field, which flourishes today but tomorrow is thrown into the oven, how much more you, O you of little faith! Therefore do not be anxious, saying, ‘What shall we eat?’ or, ‘What shall we drink?’ or, ‘What are we to put on?’ - for after all these things the Gentiles seek; - for your Father knows that you need all these things. But seek first the Kingdom of God and His justice, and all these things shall be given you besides.”

As the satanic forces of the world rage ever more furiously today, many members of the church of modernity redouble their efforts to convince us that it is indeed possible to serve two masters. They urge souls to bow to unlawful, immoral dictates, and to do so out of “charity.” They order people to reject the moral teaching of the Church, to reject the counsel of the saints, and instead to join in the near global promotion of sin, in order that the Church might continue to work, and thus purportedly to lead souls to God.

Such words must be seen for what they are - lies. Those who attempt to encourage moral depravity, in the supposed hope that “once we are all on board, we can carry on as before,” have chose their master, and it is not the almighty God. These words of course apply principally to those who urge faithful adherence to the current satanic rejection of the Divine order, as seen in the recent global restrictions, and the promotion of connection to abortion through the novel gene-therapy injections, which are promoted by many clergy as a way to “get us back to where we were before, so that we can all come together and worship safely once more.”

This argument attempts to combine the serving of God and the devil, but can only result in joining the service of one.

Therefore, as persecution grows against those faithful souls who follow the words of Christ, who choose to follow Him ONLY, instead of trying to merge the Catholic faith with selfish, or satanic pursuits, let us take heart from the consoling words of Christ. “But if God so clothes the grass of the field, which flourishes today but tomorrow is thrown into the oven, how much more you, O you of little faith! Therefore do not be anxious.”

He entrusts these words to those that seek to follow Him in a selfless dedication, made in imitation of His sacrifice on the Cross. No matter the raging of the agents of satan, no matter the fury, the persecution which they may enact, their senseless actions can have no victory over that of the Cross. Their evil ways are doomed to failure, their wiles and cunning will lead to no glory, and their service to sin will lead only to death.

“The Angel of the Lord encamps around those who fear Him, and delivers them. Taste and see how good the Lord is.”