Eighteenth Sunday after Pentecost - Restoring all things in Christ 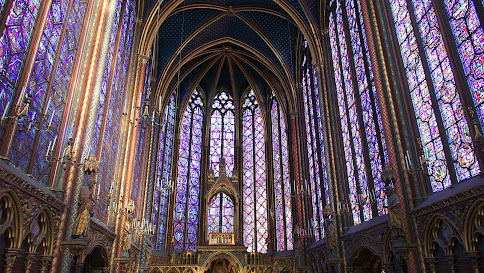 It is one of the greatest comforts in life to remember that no matter the weight of evil which exists in the world, it cannot prevail against the Almighty. Nor even can one’s personal offences be too great for God to forgive, assuming proper contrition of course, as the Gospel demonstrates.

The answer to the question posed by Christ in the Gospel is one which confounds the Pharisees, and continues to confound many today. Modern society, so attached to the idea that life must be understood in all of its aspects, rejects the notion of God and harkens to the so called ‘scientific theories’ which support this atheistic mindset. Unable to comprehend the physical or the spiritual miracle, atheistic man rejects the possibility of either.

Such is the concept which has been gradually pushed since the days of the Protestant Revolt,  and which has now culminated in the tragic case of the current times wherein God is rejected as a foolish notion, but satan is worshipped freely instead.

The revolutionaries are committed to the one idea of doing away with the concept of God. Once God is no longer in the minds of men, then the revolutionaries know they can promote and legitimise any depravity they wish, since their is no higher power, no sense of morality, no life after death in which one will have to answer for one’s earthly transgressions.

The state of modernity is one in which all is permitted, except defending God and adhering to His word.

Yet this is not to be the case for long. Our Lady of Fatima promised the three children that her Immaculate Heart will triumph. Indeed, is it more astonishing for Christ to restore society to Himself, than for Him to descend to earth and die for the sins of mankind? Would He do such an act of salvific, selfless love, and then abandon His Church? Just as He cured the physical ailments of the paralytic and cures the spiritual ailments of all penitents in every sincere and humble confession, so He can restore the world to being God-ordered once more.

“Then He said to the paralytic - Arise, take up your pallet and go to your house. And he arose, and went away to his house. But when the crowds saw it, they were struck with fear, and glorified God Who had given such power to men.”

In truth, the Church today, and all of Her members, must take up the motto of St. Pius X – “To renew all things in Christ.” She is called to teach the faith to all peoples and to bring souls into union with God. Taking heart in the almighty power of God, the Church must renew that commitment so clearly laid out by St. Pius X.

Writing in 1903, the saintly pontiff declared about this goal: “But if our desire to obtain this is to be fulfilled, we must use every means and exert all our energy to bring about the utter disappearance of the enormous and detestable wickedness, so characteristic of our time — the substitution of man for God; this done, it remains to restore to their ancient place of honour the most holy laws and counsels of the gospel; to proclaim aloud the truths taught by the Church, and her teachings on the sanctity of marriage, on the education and discipline of youth, on the possession and use of property, the duties that men owe to those who rule the State; and lastly to restore equilibrium between the different classes of society according to Christian precept and custom.” (E Supremi)

Taking inspiration from the Pope’s words, and remembering the limitless power of God, the Gospel thus reminds Catholics of their role in an atheistic, modern world: namely to seek their salvation and to bring souls to God. We must take courage from the words of Mary at Fatima, who reassured the Church that the victory over evil has already been won. We must take courage from the power of God, which is evidenced in every physical and spiritual miracle, in every Mass and in every confession.

We must also heed the advice on how to achieve the goals of reaching salvation, and leading others to it, by noting the outline presented by Pius X, on how to restore society to God:

“The times we live in demand action — but action which consists entirely in observing with fidelity and zeal the divine laws and the precepts of the Church, in the frank and open profession of religion, in the exercise of every kind of charitable works, without regard to self interest or worldly advantage. Such luminous examples given by the great army of soldiers of Christ will be of much greater avail in moving and drawing men than words and sublime dissertations; and it will easily come about that when human respect has been driven out, and prejudices and doubting laid aside, large numbers will be won to Christ, becoming in their turn promoters of His knowledge and love which are the road to true and solid happiness.”