First Sunday of Advent - Prepare for Christmas and the general judgement 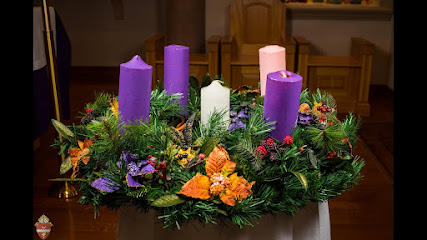 The arrival of a new liturgical year is noted St. Alphonsus Ligouri by a sermon devoted to the general judgement. At first, it might seem slightly off-topic, for the time of Advent is one spent in preparation for the arrival of the Infant King. Yet the great saint simply draws from the text of the Gospel which is also concerned with the great tribulation, the second coming, and the Kingdom of God.

How is it then, that the season of preparation for Christmas is begun by dwelling on scenes of the general judgement, which are seemingly so opposed to the stillness and peace of Christmas night? Why is it that St. Alphonsus delivers his sermon for the first Sunday of Advent not on the tender beauty of the upcoming liturgy of Christmas, for which we must prepare, but rather on the powerful and uncomfortable subject of the general judgement?

However, the wisdom of the Church and Her saints is not to be doubted, and their proposal of such weighty topics for the Advent season are more appropriate than ever before.

St. Alphonsus begins: “At present God is not known, and, therefore, he is as much despised by sinners, as if he could not avenge, whenever he pleases, the injuries offered to him.” Such a line was true on the very first Christmas, when Christ was not known except to the few shepherds and wise men.

It remains true today, when the time of Christmas is changed into a non-religious event, centred on little more than shopping and food. In fact, the world has begun the Christmas season already, jumping straight to the period of enjoyment, without preparing themselves with a season of preparation.

The sacrifices and acts of self-denial made by Catholics during Advent are a thing of scorn to many in the world. Yet St. Alphonsus notes that just as Advent is a necessary preparation for Christmas, so are these selfsame practices of self-denial necessary for our judgement, no matter the scorn which they merit during this life. “Worldlings now regard as fools the saints who led mortified and humble lives; but then they shall confess their own folly, and say: ‘We fools esteemed their life madness, and their end without honour. Behold how they are numbered among the children of God, and their lot is among the saints’.”

For Advent is not a season in which to simply prepare for Christmas alone, but also for the coming of Christ. The pastoral beauty and celestial peace of the Christmas season are nevertheless accompanied by the reality that Christ came into the world to suffer and die for mankind. Such a reality has been long forgotten by society at large, yet the Church seeks to remind Her children of the intimate connection between the different points of the liturgical year.

Dom Gueranger notes this link between Christmas and the second coming in his commentary on today’s Gospel:

“Thou art to come, then, O Jesus, in all the terror of the Last Judgment, and when men least expect thee. In a few days, Thou art coming to us to clothe our misery with the garment of Thy mercy; a garment of glory and immortality to us; but Thou art to come again on a future day, amid such dread majesty that men will wither away with fear. O my Saviour! Condemn me not on that day of the world’s destruction. Visit me now in thy love and mercy; I am resolved to prepare my soul. I desire that Thou shouldst come and be born within me, so that when the convulsions of nature warn me of Thy coming to judge me, I may lift up my head, as Thou biddest Thy faithful disciples do, who, when the rest of men shall tremble at the thunder of Thy Judgment, will have confidence in Thee, because they have Thee in their hearts.”

The coming of Christ at Christmas time is thus intimately linked to His forthcoming advent at the time of His second coming. But as St. Alphonsus and Dom Gueranger warn, will His second coming be meant with similar non-recognition from men, who turn Him away and find no room for Him in their hearts?

Dom Gueranger writes: “Thus it is, O Jesus, that Thou comest unto darkness, and darkness does not comprehend Thee. We beseech Thee, let our darkness comprehend the light, and desire it. The day will come when Thou wilt disperse the spiritual and voluntary darkness of men by the awful light of Thy justice.”

St. Alphonsus describes the awful reality of the general judgement, both of the just and the unjust, in his sermon for today, noting the “miserable end” prepared for those who did not prepare themselves for Christ’s triumphant return. “O unhappy souls! For whom is prepared such a melancholy end?”

So it is that the world already begins the celebrations of Christmas, in a manner that mirrors the general attitude to the second coming – namely, without proper preparation, self-denial or adherence to the law of God or the teachings of the Church. It is a time marked by self-indulgence and rejection of hardship.

Hence She guides Her children in the ways of diligent prayer, fasting, and sacrifice during the Advent season, so that each may approach the manger on Christmas night in the same manner that She seeks to present Her children at the seat of judgement – filled with the love of God, desiring only His will, and ready to follow the Christ child from the manger to the cross.

“The whole head is sick, and the whole heart is sad: come, and raise up this head which shame and vile passions bow down to the earth. Come, and comfort this heart oppressed with sin and fear,” writes Dom Gueranger. “We confess it, our wounds are deep and sore; come, thou good Samaritan, pour in Thy soothing oil and heal them.”