Be ye wise, redeeming the time, because the days are evil. 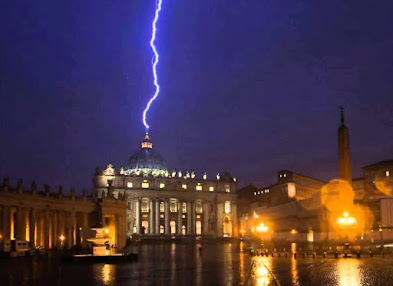 St. Pauls’ Epistle for the 20th Sunday after Pentecost, offers some timely advice to the faithful. “See therefore, brethren, how you walk circumspectly: not as unwise, but as wise: redeeming the time, because the days are evil.”

It has long been the advice of the saints, that one should always be wary of becoming complacent, and instead strive to use each day wisely in the pursuit of virtue. But Dom Gueranger offers a commentary on this Epistle, in which he highlights the urgency of the times when “the days are evil”.

The good abbott writes thus: “As the nuptials of the Son of God approach their final completion, there will be also, on the side of hell, a redoubling of rage against the Bride, with a determination to destroy her. The dragon of the Apocalypse, (Apocalypse 12:9) the old serpent who seduced Eve, will vomit his vile foam, as a river, from his mouth (Apocalypse 12:15) —that is, he will urge on all the passions of man, that they may league together for her ruin. But do what he will, he can never weaken the bond of the eternal alliance; and having no power against the Church herself, he will turn his fury against the last children of the new Eve, who will have the perilous honour of those final battles, which are described by the Prophet of Patmos. (Apocalypse 12:17)”.

With these words Gueranger depicts the days of evil: a time wherein the demonic legions increase their activity in a desperate attempt to destroy the last remnants of Christian civilisation and the faith itself. The ancient serpent, who urges on the passions of man, will redouble his efforts in order that he might tempt numerous souls into damnation with him.

It has often been said by saints and popes of prior days, that there has been no evil like that which was extant at the time. But, at the risk of repetition of the phrase, it is even more true to say this today. The world is overcome by a host of moral issues, which whilst condemned but a few generations ago, are now permitted and promoted. Same-sex ‘marriage’ is legalised in much of Western Civilisation, and any attempt to teach the truth regarding marriage is swiftly outlawed. Children, even up to the age of twelve, are now being killed off by the state. Abortion, the most egregious attack upon the sanctity of life, is deemed a human right and consequently over 42 million  abortions took place worldwide - last year alone.

Add to this, the sudden and almost unchallenged spread of communism throughout most of the world, which has occurred over the past few months. Governments have become supposedly full of care for the preservation of life, and thus justify the deprivation of individual liberties, as well as stamping on the autonomy of the Church. With the utmost disregard for law, human dignity, rights or liberty, outrageous measures are imposed upon the majority of the world’s population. Let us never forget that governments impose these measures ‘to save lives; to stop the spread of the virus’ and yet happily allow millions of innocent babies to be murdered every year: they permit the legalisation of the most perverse moral behaviour: they sanction those who stand up for truth, traditional marriage, for the sanctity of life and for basic moral values.

Indeed, let us not be deceived by these governments’ supposed concern for our lives, as they attempt to turn countries into prisons, destroy livelihoods, police the streets to ensure that no-one gets too close to another human being, or expresses an opinion contrary to the state-permitted norm, and forbid family and social gatherings. Irrational and ineffective lockdowns are employed, transforming once supposed free countries into communist lookalikes.

The powerful few trample the rights of the Church without question and reduce man to a near animal state, bereft of communal and liturgical life. They order the churches closed and with the lack of faithful pastors to defend Her, the Church bows down and closes the doors to Her faithful, whilst welcoming infidels inside.

The Church, the Bride of Christ and the guardian of faith and morals, has become populated by those who seek to serve anyone but God. Idols are placed in the See of Peter, clergy abandon their calling and turn to moral perversion, dogma and doctrine is almost everywhere abandoned. In place of light, there is darkness and confusion; instead of a growth in faith, there is found heresy and atheism instead.

Instead of conforming the world to the Church, She is being made to conform to the world. Prominent members of the hierarchy still faithful to their vocation have read the signs of the times and issued a stark warning that the world truly is in a state of chaos and corruption - in days of evil as taught by St. Paul.

To what end are these signs of the evil of the times thus listed? Firstly, it is to become aware of them, for the voices of the world will not present their evil doings until it is too late to protest. Faithful Catholics have a duty to make themselves aware of all that is happening around them, because in truth - there has never been a more crucial time. Bishop Schneider recently warned that the use of the cells of aborted babies in COVID-19 vaccines was for the purpose of legalising abortion globally, “so that the entire planet will be collaborating in the process of killing babies through the vaccine which will use parts of aborted babies”. He further warned that such an event would be “the last step of Satanism: that Satan and the world government – ultimately the masonic world government – will oblige all, even the Church, to accept abortion in this way. And therefore we must resist very strongly against this, if it comes. We must even accept to be martyrs”.

Is this not something terrifying but also necessary to hear, when a prominent bishop calls on faithful Catholics to prepare to be martyrs, rather than to submit to the revolution which is currently taking place in the world! Thus it is vitally important to become aware of the evil that is surrounding us on all sides, in order that we might take action against it.

But, even more importantly, we must know these things in order that we can have recourse to God, who alone can deliver His people from the hands of the satanic hordes. Here we must turn to Dom Gueranger once again, who provides a startlingly apt meditation for these times:

“It is then more than at all previous times that the Faithful will have to remember the injunction given to us by the Apostle in today’s Epistle; that is, they will have to comport themselves with that circumspection which he enjoins, taking every possible care to keep their understanding, no less than their heart, pure in those evil days. Supernatural light will, in those days, not only have to stand the attacks of the children of darkness, who will put forward their false doctrines; it will, moreover, be minimized and falsified by the very children of the light yielding on the question of principles; it will be endangered by the hesitations and trimmings and human prudence of those who are called far-seeing men”.

Gueranger mentions the remedy for the corruption of the world: “There is a remedy for all this, and only one—it is the zeal of the pastors, and the prayers of that portion of Christ’s flock, which has withstood the torrent of universal corruption. But it is of the utmost important that, on this point, the Faithful and their Pastors should lay aside all personal considerations and thoroughly enter into the spirit which animates the Church herself. Though treated with the most revolting ingratitude and injustice and calumny and treachery of every sort, this Mother of mankind forgets all these her own wrongs, and thinks only of the true prosperity and salvation of the very countries which despise her. She is well aware that the time is at hand when God will make justice triumphant; and yet she goes on struggling, as Jacob did, with God, (Genesis 32:24-28) until there come the dawn of that terrible day, foretold by David and the sibyl…”

“But that our prayer may have power of that kind, it must be inspired by a faith which is thorough, and proof against every difficulty. As it is our faith which overcometh the world, (1 John 5:4) so it is likewise our faith which triumphs over God, even in cases which seem beyond all human hope”.

Action must always be taken against the principalities and powers of this world, but most important in such a response is the steadfast clinging to the faith and a renewed recourse to prayer. St. Paul teaches this vital truth: “I can do all these things in him who strengtheneth me”. (Phil 4:13) We must take the words of today’s Epistle to heart and make good use of the time which we have left, being “wise” and “redeeming the time, because the days are evil”.

Let us then strengthen ourselves and make better use of the spiritual weapons which Christ and His Blessed Mother have given us, since the crisis before our eyes is ultimately a warfare of a spiritual nature.