Third Sunday after Easter - life is short, and death is near! 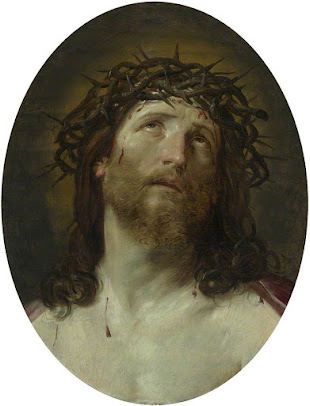 Earthly life is short: death is near, and thus our use of time is of the utmost importance!

These words are not perhaps the most calming or sweetest that one could hear, in this happy season of Easter. Spring flowers are coming into bloom, new life is all around, and the hardships of Lent have most likely been forgotten and been replaced by Easter over indulgence. So it is little wonder that one might naturally find the opening line of this blog an affront in such a time. Yet such is the theme which St. Alphonsus Ligouri proposes for this Sunday.

The proper use of time is a concept which rarely taught in the modern world, if at all. Modernity is an age of indulgence: whatever one desires, one instantly seeks, so much so that desire is filled by near instant gratification. In fact, one might say that there is a studious avoidance of the proper use of time in such a society.

But in order to levy such a claim, one must first outline what a good use of time would be. Fortunately, this has already been done by countless saints and theologians and is contained in the very first pages of every good catechism. To draw on the answer contained in the Baltimore Catechism, man has been made in the image and likeness of God, to know, love and serve Him in this life, and to be happy with Him in the next.

This answer leads to an uncomfortable truth of life, namely that every moment of each day is a vital time in which one either grows in virtue, or in vice.

As the great ascetical and spiritual writers teach, to grow in virtue necessitates suffering, an amount of self-sacrifice, and a complete abandonment to the will of God. It requires prayer, in which one approaches God, fully resigned to accept His will in a certain situation, regardless of one’s own personal preference. This is often a terrifying thing.

But if it is hard for Catholics, then how much harder is it for those in the world, who have already abandoned themselves to a life of selfishness, governed by their own desires, and without any concept of self-control or self-sacrifice? When moments of grace are given, it is all too common and all too easy for those who favour the world, to simply close their hearts to the promptings of the Holy Spirit, and continue using time in a manner contrary to how they are called to use it.

We may say the same of our life, which, according to St. James is but a vapour, which is soon scattered for ever. ‘For what is your life? It is a vapour which appeareth for a little while.’ (James iv. 14.) But the time of this life is as precious as it is short; for, in every moment, if we spend it well, we can acquire treasures of merits for heaven; but, if we employ time badly, we may in each moment commit sin, and merit hell. I mean this day to show you how precious is every moment of the time which God gives us, not to lose it, and much less to commit sin, but to perform good works and to save our souls.”

With these words, St. Alphonsus begins his homily for this Sunday.             Time is taken for granted in modernity. As society trains itself to ignore the promptings of grace, advancing in ever deeper self-indulgence, and thus wasting time, it is tempting for faithful souls to be drawn into copying such a practice. The world is so busy, with so many tasks and duties demanding our attention. Prayer is often, perhaps normally, left until the last minute of the day, and then … not done.

Yet if such souls had an ever present concept of the value of time, then perhaps this apathy would not flourish in the manner in which it so clearly has. If the words of St. Alphonsus were more widely shared, then souls might begin each day wondering if it would be their last on earth, and thus acting accordingly.

How many, myself included, would be at peace and happy that all was well in the spiritual life and with regards one’s duties to God and the Church, if one learned that he was to day this day? Personally at least, such a thought is not an easy one, and yet Christ calls us to live each day in this manner, not taking time for granted, but living in such accord with the Divine will, that death should not find one unprepared, or in a state which renders a soul unfit to approach the celestial banquet.

This call to the cross is our call, for each man on earth, in every age. It is a personal beckoning from the Redeemer, to join Him on the cross, and to use the time on this earth in a fashion that will direct us to union with God in this life and in the next.

Anything which distracts, blinds, or deviates one from this union with God, is thus a poor use of time, and at its worst, something which points to hell. These are strong words indeed, but the reality of the cross is no cosy, fluffy, or pain-free one, but rather a road marked by sacrifice, self-abnegation, and commitment. There is no halfway house in the royal road of the cross: no room for mediocrity or laziness. To follow Christ, as He calls us to, requires that which the world studiously avoids - it requires using one’s time not for selfish purposes, but for the things of God, and in a spirit of complete sacrifice.

Truly, this is a terrifying prospect, and due to the sinful nature of man, it is not surprising that this thought appears so awful. But lest one becomes too concerned with the nature of using time well, to the point of becoming unable to actually do so, it is well to turn to the Blessed Virgin, who is always the constant guide of the Church.

Her life was marked by this spirit of which St. Alphonsus speaks, as at the very moment of the Annunciation, she was able to answer readily to the call of God, abandoning her own desires, and entirely committing herself to the performance of the will of God. Whilst the Divine Will is often clouded by confusion for faithful souls, Mary knew what was required of her, and even though this was in fact far more terrifying (since she knew the great suffering she must endure) she still accepted her call to the cross instantly.

Let the Blessed Virgin thus be the guide in these times, so that the Church might once more be filled with souls who are ready to respond instantly to the call of God, in whatever manner that may be. Whether young or old, whether called to be priests, religious, married, martyrs or not, the call always consists of two essential aspects - the cross, and willingness to use one’s time in a life of self-sacrifice for God.